Verizon’s 5G Home and 5G Business Internet, which are its fixed wireless access (FWA) products, are currently available in parts of 65 cities and 62 cities, respectively. These products use high-band (mmWave) spectrum to offer average download speeds of 300 megabits per second.

Furthermore, during the quarter, Verizon had 78k net customer additions across all its FWA broadband services. Indeed, this brings the company’s total FWA subscribers to 223k as of Q4 2021.

Fios, Verizon’s brand for its 100% fiber optic broadband service, operates in nine states in the Mid-Atlantic and Northeastern United States. During Q4 2021, revenues for Fios (consumer and business) increased to $3.2bn, up 5.7% year-over-year.

Overall, Fios Internet’s 6.9 million consumer and business customer base is 5.5% higher than a year ago.

For full-year 2022, Verizon expects to have capital spending be in the range of $16.5bn to $17.5bn. In addition to this figure, Verizon will deploy further capital expenditures related to the deployment of its C-band 5G network.

Overall, Verizon intends to spend an incremental $10bn of C-band capital expenditures from 2021 to 2023. Below is a breakdown of Verizon’s C-band spending by year:

Presently, Verizon covers 95+ million points-of-presence (PoPs) with C-band throughout 1.7k cities in the United States. Therefore, Verizon is ‘on track’ to have 5G service on C-band deployed to 100 million customers (PoPs) across the United States by Q1 2022. Further, by 2023, Verizon projects it will reach 175 million PoPs with C-band.

In January 2022, the Federal Communications Commission (FCC) released the auction results and winning bidder identities for its Auction 110, through which 100 MHz of national average spectrum depth was auctioned between the 3.45 GHz to 3.55 GHz frequencies, which amassed a total of $22.5bn in gross bids. 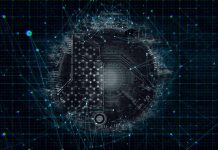